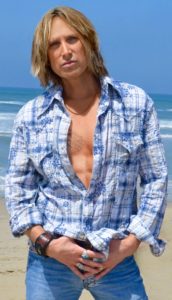 The band brings audiences across the globe on a celebratory journey with a multi-media concert experience.

This 90-minute action packed show delivers a one-two punch of pop country/rock, and pays homage to the one of the biggest country music stars on the planet.

Keith Urban has had eighteen #1singles, three Grammy awards, sold over fifteen million albums, and stared on American Idol. Urban Legend pays tribute to the mega superstar with LED screens, state of the art video, and a world class production.

“Very rarely does an entertainer come along who captures a superstars look, voice, and performance so perfectly. Eric Sage as Keith Urban is unbelievable, and the show is amazing”

Pays tribute to one of the biggest acts in the world